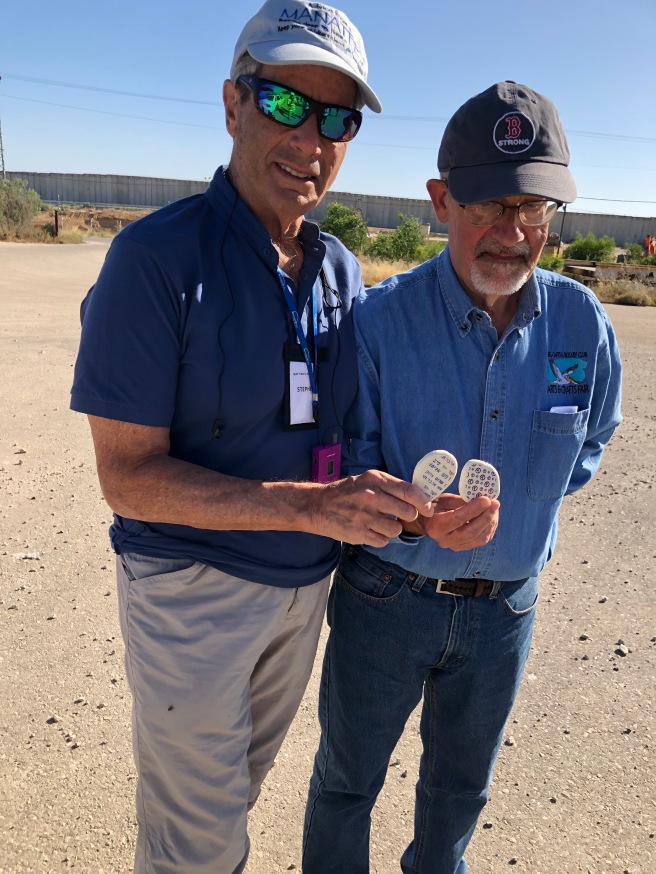 Pastor John Danner and I comparing our prayers to place on the “Path to Peace” wall separating Israel from Gaza.

At 8 PM on the eve of Israel’s Day of Remembrance, a siren sounds, and the entire country stands still.

The siren sounds again at 11 AM and once again the entire nation pauses in its tracks to honor the memories of her soldiers killed in defense of the State.

It is a moving and necessary commemoration.

It is moving because Israel is a small country — small enough that there is not a family who has either lost someone dear or is closely connected to others who have. It is necessary because each of those privileged to live in this tiny land needs to acknowledge at what great cost Israel has thwarted the concerted attempts of its enemies — enemies that surround it on every border — to destroy it.

Hopefully too this solemn day reminds us of the horrible cost of all war. War has no victors, only victims.

As an ancient people and as a modern nation, Israel takes no delight in the death of its enemies.

Memorial Day in Israel also adds urgency to the quest for peace.

One of the most touching stops on our visit was to Netiv Ha-Asara, a settlement that sits on the edge of the Gaza Strip. A day earlier our visit to that place had been cancelled because Hamas shot hundreds of rockets at Israel over the  weekend. But with the signing of a cease fire and a return to quiet on the border, we could thankfully reschedule our visit.

There we learned firsthand of the pressure under which the residents live. They never know when with only seconds of warning they must stop what they are doing and scurry to the bomb shelters which are part of the construction of every  home, school and building in the area.

Tsameret, a graphic artist in the area has initiated a remarkable project, Path to Peace. She is decorating the ugly separation wall, so necessary to protect Israel from infiltration by terrorists, with messages of peace and hope. She invites visitors like us to write our prayers and hopes for peace on tiles she has decorated with symbols and messages of peace. The peace messages are visible to those on both sides of the wall.

Our prayer is that Tsameret’s vision will one day become a reality, and we will see a time when Jews and Arabs live in peace, harmony and mutual cooperation. It seems a Quixotic vision.

But then again, it is no more Quixotic than Theodor Herzl’s vision of a Jewish State seemed in 1897 when he proclaimed prophetically, “If you will it, it is no dream.” 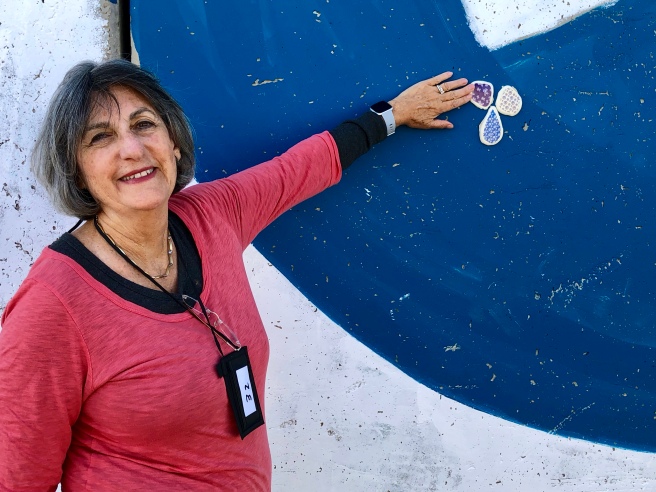 Vickie putting her prayer tile on the Path to Peace wall.

Join 175 other followers
Follow Finding Ourselves In Biblical Narratives on WordPress.com